A few good books to help you expand your French cooking skills and give you a little of the French Joei de Vivre!2 min read 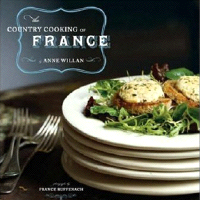 The Country Cooking of France by Anne Willan; published in 2007 by Chronicle Books— Wonderfully illustrated, with beautiful pictures of France and the amazing food. Along with the fantastic recipes there are stories about the incredibly unique French ingredients and how they are produced. With wonderful classic like Boeuf bourguignon and Coq au van to a amazing Roasted Salmon with Bacon and Horseradish Cream. Hands down my favorite French cook book!

Bistro Cooking at Home by Gordon Manersley and Joanne McAllister Smart; Published in 2003 by Broadway Books—This book takes a new American twist on classic French bistro foods. Although not entirely classical French cooking, there are some wonderful recipes ( like the Chicken Piperade and the Peach Galette, that I have found works beautifully with apples as well). 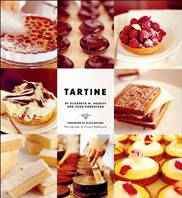 Tartine by Elisabeth M. Prueitt and Chad Robertson; published in 2006 by Chronicle Books— Not entirely French but contains some of the best “baking” recipes I have ever used. Hands down the easiest caramel sauce recipe I have ever used!! If you are looking to impress your friends try any of these recipes.

Mastering the Art of French Cooking (Volume 1 and 2) by Julia Childs, Louisette, Bertholle and Simone Beck; originally published in1961 (with an anniversary edition in 2001 and a box set in 2007)—— A true classic, with recipes from a by gone era. Not a cook book for the faint of heart; this cook book contains recipes that take time, thought and some heart to create. That being said the recipes where written before cook book “format” where standardized, so the recipes can be a bit hard to follow at time. But it is worth it to take your time, slow down and follow them through. Just ask Julie!

Julie and Julia: 365 Days, 524 Recipes, 1 Tiny Apartment Kitchen by Julie Powell — A wonderful story about a women discontented with her daily grind, to find a way to bring a little extra happiness to her life she decided to start cooking Julia Child recipes from Master the Art of French Cooking. She began a blog telling the world about her trials and tribulations. This book documents her story and was recently turned into an award winning movie. This heartwarming story will give any haphazard cook hope, that there is no mistake big enough to stop you from cooking and finding your passion.

This site uses Akismet to reduce spam. Learn how your comment data is processed.